This scam has nothing to do with our “environment”.  It is all about green–the mean green, the almighty dollar.  They have found a way to rob us blind, with the aid of our provincial government, and we are not the only ones.  This is a world-wide scam, and if it is not shut down, immediately, our entire way of life, will be destroyed.

The spiraling costs associated with this fiasco, has financially crippled our once-strong province.  Manufacturing companies are beating a path, to the “exit”.  No one can afford to live comfortably, unless they have a very good income.  The middle class is being squeezed out.  Soon, there will be only rich, or poor.  What more will it take, to make people realize, that the Liberals, with the blessing of the NDP, will be the death of this province.  Like it or not, it is time for damage control, and the Conservatives are the only ones who will do it.

http://stopthesethings.com/2013/12/10/dr-alan-watts-pure-simple-its-fraud/comment-page-1/#comment-19878   Many intelligent, credible, professionals, have come forward, to expose the windscam, but the money-grubbing thieves, work hard to discredit any dissenters.

It seems that no matter how many credible, professional, peer-reviewed studies, and documents they receive, the wind industry, and the government, refuse to acknowledge the truth.  They simply want to avoid responsibility, as in everything else, the wind pushers want a free pass.  They wind industry is not to be trusted, they are a faux-green, money machine, and they will bankrupt our province, if we do not stop them….NOW! 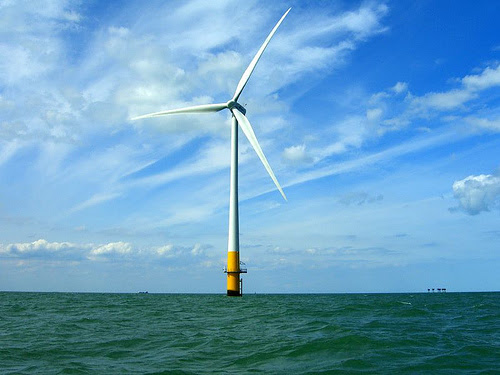 There is nothing about wind turbines, on or off-shore, that makes any sense at all.  They are simply not feasible, in any way, shape or form.  I don’t care how many rich investors lose their shirts, as long as it is not dumped on the innocent ratepayers.  Screw the windweasel investors!  Shut this windscam down!!!

The nerve of the Liberal government, trying to educate us.  We are the ones who are aware of the truth.  It is the Liberals who refuse to acknowledge that their social experiment has gone horribly wrong.   They are destroying our economy, and not doing a damned thing, for our environment.  Quite the opposite, they are allowing the greedy wind industry to destroy our rural areas, and torture the nearby residents.  Denial, doesn’t make it, “not so”.  The cigarette industry played the same game for many years, and the government is still raking in money from that fiasco, even though they pretend to be against it.  Hypocrites, liars and thieves.

1. They both have a total disregard for democracy.
2. They both garner acceptance through “favours”, or money.
3. They are both guilty of incredibly high levels of greed and waste.
4. They both brag about what they can do, but neither of them can prove any net benefit, for
their “efforts”.
5. They both travel in circles that are continually being accused of extreme corruption.
6. They are both fond of back room deals, deleted e-mails, lack of transparency, nondisclosure,
and secrets.
7. Neither of them do the job they were intended to do, but both are costing us far more than
they should be, even if they were producing at 100% capacity.
8. They are both treating the rural residents in Ontario, with utter disdain
9. They are both willing to cause physical harm to people, all the while denying it, to avoid
accountability.
10. They are both notorious for telling lie after lie, after lie.
11. They are both willing to destroy our environment, while pretending to “help” the global
warming “problem”.
12. They are both pushing the faux-green energy scam, based on the unproven theory, that
CO2 is responsible for global warming.
13. They are both in complete denial of the physical, psychological, financial, social, disaster,
that the wind scam has turned out to be.
14. They both point the finger of blame for the damage they are doing, at anyone but
themselves.
15. They are both willing to pay off one segment of the population (cities/towns), in order to
convince them, to turn a blind eye to the abuse of the other segment,(rural areas).
16. They both use climate fear mongering, to push their useless agendas.
17. They have both survived up till this point….because people can be gullible, and they have
taken the word of these wind pushers, without first doing their homework, and
researching the truth.
18. They are both heavily invested financially, in the windscam, and would hate to see it fail,
even if it bankrupts our province.
19. They are both bold and brash enough to push themselves onto the rural people and
communities that do NOT want them.
20. We need to run them both out of the province, before they run our economy into the
ground! SUPPORTERS OF WIND, ARE SUPPORTED BY WIND….always follow the
money trail.

In an eve-of-conference interview, the prime minister revealed he did not want to keep the subsidies for “a second longer than they’re necessary”.

The move appeared to be in response to Ed Miliband’s eye-catching pledge to freeze energy bills for 20 months, from 2015, to tackle a “cost of living crisis”.

But scrapping subsidies would be bitterly criticised by environmental campaigners, who argue the expansion of wind farms is crucial to cutting carbon emissions.

That includes in County Durham, which – on one calculation – has the second highest concentration of wind turbines in England, after Cornwall.

More than 20 farms have been built, or have permission, with another 13 in planning – and a controversial 24-turbine development earmarked for The Isles near Newton Aycliffe.

Speaking to the Sunday Telegraph, Mr Cameron said: “Recently, I opened the London Array, the biggest offshore wind farm anywhere in the world, and it’s good that Britain is leading the way in this technology.

“We do need some of these new renewable technologies – and that’s why there are subsidies – but we shouldn’t have those for a second longer than they’re necessary.”

E.ON recently agreed to reduce the output of The Isles wind farm from 63.5 megawatts (mw) to 48mw, which means it will be decided by local planners, rather than the Government.