On the road and traveling the message far and wide. 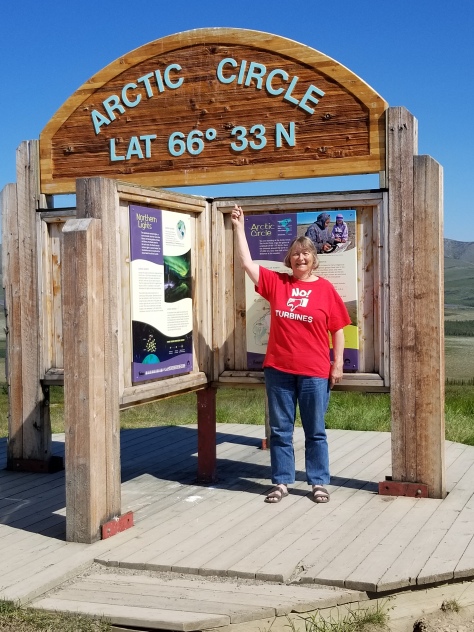 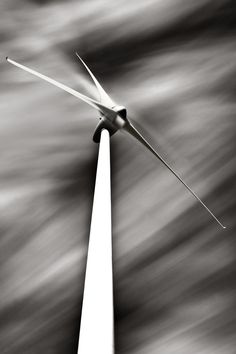 Resolve to establish a commission to study the health impacts from land based wind turbines to protect the health of the citizens of the commonwealth. (Commonwealth of Massachusetts)

By Mr. Vieira of Falmouth, a petition (accompanied by resolve, House, No. 2015) of David T. Vieira, Sarah K. Peake and Julian Cyr for an investigation by a special commission (including members of the General Court) relative to the incidence and impacts of adverse health impacts from land based wind turbines. Public Health.

Resolved, Resolved, there shall be a special commission to investigate and study the incidence and impacts in the commonwealth of adverse health impacts from land based wind turbines.

Said study shall include, but not be limited to, a cost-benefit analysis of:

(ii) developing educational materials and training resources for detecting signs and symptoms of adverse health impacts and illnesses in at risk populations including school-aged populations, to be used by clinical providers and school health personnel;

(iii) statewide surveillance and testing for adverse health impacts in the proximity of land based wind turbines, and

(iv) educating the medical community about research on all aspects of adverse health impacts of land based wind turbines, both acute and chronic.

Said commission shall report to the senate and house of representatives the results of its investigation and study, together with drafts of legislation, if any, necessary to carry its recommendations into effect, by filing the same with the clerks of the senate and house of representatives, who shall forward the same to the joint committee on public health and the house and senate committees on ways and means one year after the passage of this resolve.

More Information on Resolve H.2015: The 191st General Court of the Commonwealth of Massachusetts

What goes up will come down

End of life for the Pickering wind turbine. Ironically its demise serves as a metaphor for  illusions peddled that wind turbines are a viable means for on demand electricity generation.  Waiting for the winds to be just right (not too fast or slow, or no wind)  turbines fueled by the wind produce out of sync with demand.  It is also plagued by generation that is variable and intermittent in nature.  Introducing wind powered generation creates  increased need for fossil fuels (usually gas) for back- up generation capacity that can be there when needed.  Turbines have an eye watering, otitic throbbing 20 years or less operational life cycle.

Later this year, Pickering residents will see a change as they stroll along the Waterfront Trail at Alex Robertson Park. Ontario Power Generation’s wind turbine has reached its end of life and will soon be dismantled.

While the turbine has produced clean, renewable energy for many years, it’s important that we make smart investment decisions that will return good value for Ontario. And because the cost to replace the turbine’s older parts is too high, and leaving the turbine in place but not operating would present a safety concern, we’ve made the decision to move forward with dismantling it.

The turbine has operated for almost 20 years
At full power, it could produce enough energy to power about 330 homes
While located beside the Pickering Nuclear Generating Station, it’s actually operated and maintained by our Niagara Operations team

Once work begins it will take about two weeks to dismantle the wind turbine. We’ll publish the date here once it’s been determined.

Reports of contaminated wells and turbid drinking water that came with the construction and operations of wind facilities have not been investigated for alleged health hazards.  Multiple case histories hanging in limbo crying out for immediate action such as the ones made known in the K2 and Niagara Wind projects.

The citizens group Water Wells First began raising concerns three years ago about the potential impact the construction and operation of the North Kent Wind farm would have on water wells because of the Kettle Point black shale geology and shallow aquifer in the area.

Since that time, several property owners experienced well water problems, including significant amounts of sediments that have clogged up the flow of water during construction and after operation of the wind farm began. The group says this particular shale is known to contain metals such as uranium, arsenic and lead that are harmful to human health.

But the developers of the wind farm – Korean industrial giant Samsung and its American partner Pattern Energy- have stated the wind farm has had no impact on area water wells. This claim was supported by the Ministry of Environment and Climate Change under the previous Liberal government.

St Pierre, a cancer survivor, said Ford committed to undertake a health hazard investigation into this problem in Chatham-Kent.

“I am fearful that cancer will return if the health hazard investigation isn’t done soon and we don’t get the answers we need,” she said.

Natyshak reminded McNaughton that Ford promised those affected “by this contamination” that he would conduct a health hazard investigation immediately.

Noting, “immediately has come and gone,” and more than a year later, people are still waiting for this investigation, the MPP called on McNaughton to make good on this promise “to ensure these Ontarians have clean and safe drinking water.”

McNaughton responded the government has been working hard on this issue and there will be more to say.

Then he took aim at Natyshak, calling it “ironic” that the Essex MPP and the NDP voted in favour ofthe  Samsung agreement to allow the wind farm to be built in Chatham-Kent.

“We were left with this mess. We are going to clean it up. They caused this problem. We’ll take no advice from that member opposite,” McNaughton said.

Natyshak said in an interview that McNaughton “dodged the question and went straight to the rhetoric book they rely on when they don’t have a straight-up answer for people who are concerned about issues in their communities.”

He said McNaughton knows this issue well so “for him not to be prepared to give us any hope or any inkling that his ministry and himself actually have a plan on this is quite disappointing to the folks who made the trip up to Toronto (Wednesday).”

When asked in an interview if there will be health hazard investigation, McNaughton said, “Absolutely.”

When asked if it would be done within the year, he said, “We’ll be making it public very soon what process has been going on for the past 10 months and what will happen in the future.

The minister also stated: “I want to be clear that we’ve been taking these concerns very seriously.”

McNaughton said the government’s first step was to cancel the Otter Creek Wind project, slated for to be built north of Wallaceburg on the same Kettle Point black shale.

“We didn’t want to make the situation any worse,” he said, adding the government also scrapped the Green Energy Act, resulting in the cancellations of 758 wind and solar contracts.

Joel Gagnon, head of the heavy metals lab at the University of Windsor’s Great Lakes Institute of Environmental Research, said he was asked to get involved about a year ago.

“The purpose of the investigation is to look at research questions that we can address within the confines and within the mandate of a university,” he said.

Having found residents in the area had in excess of 100 years of good quality water, he said the problems experienced with the water wells were predicted with the construction of the wind farm.

He said the impacts on water quality are quite diverse.

He added there is excessive biomass production which leads to foul smelling and tasting water, along with excessive gas production, which contains radon.

Collectively, Gagnon said people are being exposed to dermal, ingestion and inhalation hazards for a cocktail of what could potentially be toxic metals as well as radon gas.

“The health risks here are undefined and unconstrained and need to be looked at,” he said.

Kevin Jakubec, a founder of the Water Wells First group, who was also at Queen’s Park Wednesday, said, “Patience with Premier Ford delivering and making good on his promise of an investigation is now completely exasperated.

“To date, no experts or resources have been brought into Chatham-Kent to deal with the water problem by the Ford government.”

When asked if the Ministry of Health has had people on site, McNaughton said: “We’ll be providing an update very, very soon.”

Jakubec points to a 2016 joint report from Cancer Care Ontario and Public Health Ontario that said Ontarians are getting cancer each year from environmental carcinogen exposures.

Over a year and counting …….

“This a serious issue here and I give you my word, we’re going to address it. I can’t stand wind turbines; I can’t stand how they are destroying areas and communities and I’m going to do everything I can to halt any other wind turbine farms and I’m going to address the ones that are going in. You have a huge supporter here,” Ford said to Jakubec after hearing his questions. “As for the local MPPs, when you aren’t in power, your hands are certainly tied. When we are in power June 7, we’re going to address it. It will be my number one issue. And what I say I’m going to do, I do. No one has been more vocal about these wind farms than Doug Ford – no one. I’m giving you my word.”

New signs by the Lowbanks Wind Warrior of Haldimand County