Hearing start time remains at 10am

Due to only 2 witnesses to be heard on the final day of testimony- it is planned not to have a lunch break to finish earlier in the day.

Final instructions to conclude the proceedings will be given by the Tribunal.

To Mary Kovacs,
From all of us at MAWT we wish you a quick recovery and even though your not with us here at the ERT we know you are with us in Spirit!!
Please include Mary in your prayers.
All our Love, MAWT

This is what will happen if we don’t fight.   Some people WILL suffer.   It’s a roll of a dice as to who.  Are you willing to bet it won’t be you or a member of your family, a friend, a co-worker?  It WILL happen.  It HAS happened here with the 5 HAF turbines.   It will happen….it always does.

Ever since the turbines starting spinning in the Haldimand-Norfolk communities of Cultus-Clear Creek-Frogmore, people have experienced adverse health effects from the noise and infrasound/sound pressure produced by the turbines. Some people live with as many as a dozen or more turbines within a few kilometers.

In 2009, more than 70 residents signed a petition, with the claims that they had personally been affected by the turbines erected by AIM PowerGen (CEO Mike Crawley, later CEO of GDF Suez, and president of both the Ontario Liberal Party and the Liberal Party of Canada).

In 2014, residents asked the local Medical Officer of Health Dr Malcolm Lock, whether he had investigated the possibility of a health hazard as he is mandated to do under the Health Protection and Promotion Act.

In a letter delivered to a resident by post, Dr Lock claims to have”investigated” and found “no significant environmental issues.” He referred to correspondence from the Ontario Ministry of the Environment, and to the report from the Chief Medical Officer of Health for Ontario, which was published in 2010 but prepared in 2009, five years ago.

The report from the Chief Medical Officer of Health looked only at direct pathways for the cause of adverse health effects and did not investigate indirect paths. It also noted that there was a gap in information and recommended that further research be done.

Like Loading...
This is the “condensed” version of Mike’s presentation.  We will be posting the not so “condensed” version soon.  But be forewarned.  You won’t like what you hear and you won’t be happy if the ERT decides to not take Mike’s warning seriously because NIMBY should really be NIABY….Not In Anybody’s Back Yard!!

I attach photo of some of my document submissions and Anne Fairfield and I assembling it.   (Note: I did not require this amount of paper, the MOE did)
My main points are;

Can’t say enough about how impressed I am with the way MAWT have brought their appeal case together and are presenting it.   And that’s only after two very brief appearances to show support, at the Preliminary Hearing and today.

I will be there again, but quite honestly, being just an observer, and not a part of the Hearing,  I cannot see or hear the ERT Chair and his cohorts or any of the assembled lawyers for the proponents open their mouths without having a great urge to throw something at them! END_OF_DOCUMENT_TOKEN_TO_BE_REPLACED

Loretta Shields, a member of Mothers Against Wind Turbines, presented at the appeal of the approval of the Niagara Region Wind Corporation wind power generation project yesterday, and outlined the many negative impacts on species at-risk, and environments such as woodlands that are supposed to be protected under Ontario legislation.

“There are so many issues,” Shields tells Wind Concerns Ontario. “For example, there is no evidence to show that winter raptor transects were conducted within the interior of the woodlands.  Sixty-two permits are required by the Niagara Peninsula Conservation Authority.  These are still pending.   There are 20 industrial wind turbines proposed in Blanding’s turtle habitat in Lowbanks, all on private property.  There are many properties within this habitat where ‘alternative investigations’ i.e., ‘roadside surveys’ were allowed.  The MNR is allowing this to proceed.”

Shields had prepared a 32-slide PowerPoint presentation for the Environmental Review Tribunal, detailing sections of Ontario legislation that ought to be applied to protect the environment and wildlife, but are being overlooked or ignored in order to allow the power development to proceed.

Shields also told WCO she was grateful to learn about the “many birds and raptors” in the project area during her investigations and audit of the wind power developer’s application documents: “a silver lining” to this event, she said.

Details on the hearing dates may be found here.

More details on what happened at the hearing may be found in this excellent report from Mothers Against Wind Turbines here with information on how to donate to this legal action .

Thank You to Wind Concerns Ontario for the show of support!

MAWT Inc. would like to thank Loretta for all the hard work she has put into this fight.  She truly is an advocate and a voice for the natural beauty, ecosystems and wildlife of West Lincoln and area that is being threatened by the NRWC Project.  She has most definitely done her homework and if there was anyone in that room today that was an “expert” on the topic it was her, regardless of what the proponents lawyers say.  🙂

I testified at the ERT today in Wainfleet.  My presentation is attached if you are interested in the details.  There are 4 sub issues.  These include concerns for migratory butterfly stopover areas, encroachment on provincially significant wetlands, inadequate mitigation measures for woodlands and red mulberry.  There are so many other issues. For example, there is no evidence to show that winter raptor transects were conducted within the interior of the woodlands.  62 permits are required by the Niagara Peninsula Conservation Authority.  These are still pending.   There are 20 industrial wind turbines proposed in Blanding’s turtle habitat in Lowbanks, all on private property.  There are many properties within this habitat where ‘alternative investigations – ie roadside surveys” were allowed.  The MNR is allowing this to proceed. If anyone would like more information, please feel free to contact me.

I want to thank you all for helping me learn about the many birds and raptors during the past few years.  If there is a silver lining here, it is the wonderful people I have met, and the greater appreciation I have for the beautiful world we live in.
Have a wonderful week everyone!
Powerpoint for NRWC Appeal Jan 26
Loretta Shield’s 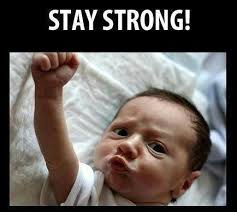 The process has been manipulated from the beginning.  Our democratic system is being destroyed from within and the removal of democratic rights for a politically motivated initiative should cause extreme alarm. Fifty nine democratically elected MPP’s removed democratic rights from all citizens of Ontario when they passed the Green Energy Act into law in 2009.

When you remove the power of the people and people’s rights can be ignored or trampled on then we are moving to a socialist state. This will allow those with the most money, access to the decision making and the wealth and resources of this province will be controlled by fewer and fewer people.

Some of the presentations have had large portions of the material removed  – not because the material was irrelevant BUT because it was the truth that will cause this project to come unglued. Corruption comes from power without accountability and today you will be surrounded by power without accountability. It is demoralizing to have democratic principles and rules of law twisted to facilitate a provincial initiative that will make a few corporations rich but impoverish the rest of the people. A government that engages in predatory corruption is gambling with its own political legitimacy and breeds insurrection.

You have done the homework and studied hard for this test. Do your best and know that I am with you in spirit as you put the truth on the table. Divine intervention is required and prayers are answered in mysterious ways.