Mothers Against Wind Turbines Inc. would like to thank Everyone who came by their Booth in a show of support on Saturday at the PoultryFest Niagara.

Many stopped by to learn more about Industrial Wind Turbines, about the NRWC Wind Project and how it will affect the Residents of West Lincoln.

A Great many Raffle Tickets were sold with Money Raised going towards the Fight Against the NRWC Turbines and to help Burnaby Skydive with their Legal Bills.

Many Bird Houses, Mugs, Garden Bugs and White Pine Trees were also sold with a portion of Proceeds going in support of MAWT!
Many People took advantage of the FREE “Stop the Turbines” or “Health Studies before Turbines” Signs to take home and display.

Raffle Tickets will continue to be sold all Summer. Watch for more Fund Raising Events coming in the near future!!

With the CONTINUED and ever INCREASING show of Support from the Residents of West Lincoln the Mothers Against Wind Turbines Inc. will Continue with the Fight Against the NRWC Wind Project.

PECFN is going into the appeal (Court of Appeal), of the appeal (Divisional Court), of the appeal (Environmental Review Tribunal). In April we received a stay on any construction at Ostrander Point until the matter is resolved. Having been successful with the stay and with the ERT and also now the permission to proceed to the Appeal Court, PECFN has a 3/1 success rate! That makes us optimistic for a good outcome at the Appeal Court.

Natalie Smith [lawyer working with Eric Gillespie] has provided us with the answers to some of the questions that everyone has been asking:

A truck driver has been charged for his role in a head-on crash on Hwy. 401 near Chatham that killed a man and teenager.

On May 10, a tractor trailer travelling westbound on Hwy. 401 crossed a grass median and entered the eastbound lanes, just west of the Mull Rd. overpass, and struck a westbound vehicle.

Marc Lafontaine, 35, and passenger Alyssa Smulders, 13, both of Windsor, were killed.

Urbaniak, 57, of London has been charged with two counts of dangerous driving causing death.

He will appear in a Chatham court on July 8.

If You have not Purchased your Raffle Tickets Yet,  You Can On Saturday at the PoultryFest!

Money Raised will go for the Fight Against the NRWC Turbines and to help Burnaby Skydive with their Legal Bills.

The first prize is a minimum of $500 or 12% of the proceeds, whichever is greater. Draws will be made for second and third prizes as well.

Solely Yours – Original Art will have Bird Houses on Display and for Sale As Well.

A Portion of the Days Sales will be given in Support of  MAWT.

For More Information on PoultyFest Niagara follow this link: http://www.poultryfest.ca/

We Hope You’ll All Drop By Our Booth And Say HI!

“[The suspension] is on the project areas with gravel roads, so not all of the construction will stop,” said Don Boyle, chief administrative officer, adding that residents might expect to see vehicles leaving those sites, but trucks should not be driving on gravel roads to build.

He also noted that construction would continue along Highway 20, which is not a gravel road.
County staff issued Samsung the suspension notice on June 23 after they said the company failed to comply with Haldimand’s road use agreement – in particular, the company’s obligation to deal with daily dust control.

“They have been doing some of the temporary [road] repairs, but we want it to be done quicker,” said Boyle. “The dust control was the last straw.”

While the issue with staff involves the road use agreement, councillors also made note of other issues with the company.

Emotions are running high at the opening day of an Ontario Environmental Review Tribunal hearing to determine the fate of wind turbine project by NextEra Energy in Lambton and Middlesex Counties.

Community members and the County of Lambton are facing off against the Ontario Environment Ministry and NextEra Energy over the Jericho Wind Energy Project, which would bring 92 turbines to the region.

An opening statement by resident Muriel Allingham, who is appealing the provincial ministry’s approval of the Jericho project alongside several other community members, attacked NextEra as greedy.

In order to overturn the province’s approval of the Jericho Wind Project, Allingham and the County of Lambton must prove it will cause severe harm to humans or the environment.

The first presenter of the day, Elizabeth Bellavance, a local community and social justice advocate, urged the tribunal to consider the injustice of the requirement.

In any project other than renewable energy where products like wind and vibration are released into the environment, showing “adverse effects” is enough to halt their use. 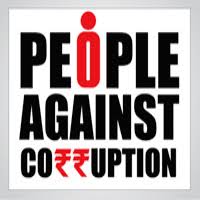 I really didn’t think David had a chance.

No offence to David — in this case, an ordinary group of citizens who have spent an extraordinary amount of time becoming pseudo-experts on all things industrial wind turbines — but at first there didn’t appear even the slightest chance of stopping the threat of wind power. It certainly seemed that way when the turbines began to rise from the rural landscape last fall. Though I understood your efforts, it seemed as though they were futile.

Yet you pushed on, and because of you operation of the project was stalled, and the project’s status went from approved to awaiting approval.

Four out of the five were built closer to neighbouring property lines than the stipulated distance — the height of the turbine from base to hub. That’s an 80 per cent error rate. If that was a math test, they’d have failed miserably.

If your neighbour builds a shed or fence too close to your property, there are steps that you can take to correct that action. But when the something they built too close is a 95-metre tall metal tower weighing 205 metric tonnes (plus the blades), it’s a little tricky. But in this case, I don’t know how the provincial government can justify letting this madness continue.  Read rest of this article here.