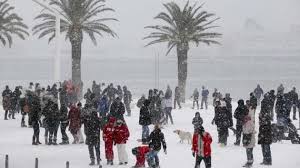 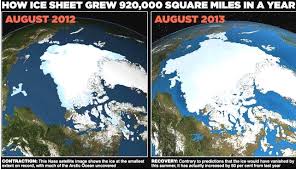 2013 has been a gloomy year for global warming enthusiasts. The sea ice in the Antarctic set a record, according to NASA, extending over a greater area than at any time since 1979 when satellite measurements first began. In the Arctic the news is also glum. Five years ago, Al Gore predicted that by 2013 “the entire North polar ice cap will be gone.” Didn’t happen. Instead, a deflated Gore saw the Arctic ice cap increase by 50% over 2012. This year’s Arctic ice likewise exceeded that of 2008, the year of his prediction. And that of 2009, 2010 and 2011.