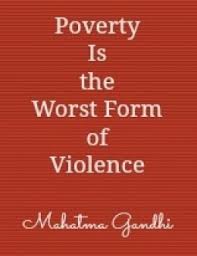 You have invited Ontario citizens to comment on how the Provincial Liberal Energy Policy is affecting us as consumers.  The Liberal policies, or lack thereof, are driving this province off the road and “into the ditch”.  While rural Ontario residents are chaffing under the inhumane policies of this Liberal government, the New Democratic Party continues to “prop up” this government in hopes of being tossed a few “bones” in the form of minor adoptions of some of the NDP platform in return for support of this “major minority”… to use the words of the former premier of this province.
The suffering, we fear, is only beginning!  My wife and I are senior citizens living on a fixed income.  We have cut back our budget to a “bare-bones” level and fear that some of the necessities of life such as heat in the winter and food in our stomachs will be the next sacrifices to be made.  I’m sure you would be shocked if you knew the small amount of money we’re forced to live on for the rest of our days!  All of this while some foreign multi-national energy companies are getting wealthy off those same sacrifices by Ontario’s own people.  We will be paying ridiculous rates for our electricity while we subsidize the cost of power to other jurisdictions which are now using those savings against us by taking our jobs and our standard of living.  My wife and I are experiencing  increased medical costs due, in part, to the impact of increasing age but also due to medical issues that have arisen as industrial wind “farms” continue to be constructed in our “back yard”!  For example, neither of us experienced tinnitus or vertigo, or increased difficulties with “impulse control” until Nextera, Capital Power, Samsung, and Niagara Region Wind Company showed up in Haldimand/Norfolk.  My wife has been faced with long waits for appointments with a neurologist who, by the way, is a two hour drive away from our home!  And where do we go for help??  We’re instructed to report adverse health effects to the “wind companies” themselves or to our own Ministry of Environment…. the same entities that support the GEA and fight any appeals of government approved installations at the “kangaroo courts” otherwise known as Environmental Review Tribunals! which, by the way, use our tax dollars to oppose any issues raised by the Appellants!
The Provincial Progressive Conservatives have promised a “moratorium” on future wind “farm” construction while there is no suggestion of any help for those of us who are already subjected to these installations.  To stop future construction while, at the same time, “grand-fathering” existing installations is criminal.  If it’s wrong to construct any more industrial wind turbines, it’s equally as wrong to make certain members of the rural population live the remainder of their lives subjected to existing installations.  If the Liberals can “scrap” gas plants in Oakville and Mississauga in order to save a few Liberal seats in the legislature, what would be wrong with scrapping a “Green” Energy Act that is destroying the lives, sanity, & health of many rural Ontario citizens as well as raping the wallets of all Ontarians?
I ask you, “When will someone, at Queen’s Park, stand up for the citizens of rural Ontario who are being subjected to the industrialization of their homes and farms?  When will someone decide that “enough is enough” and that a province, that now has a surplus of electricity and sky-rocketing electricity bills, doesn’t need a government that continues to mismanage and manipulate it’s citizens into energy poverty any longer?  We cannot afford the luxury of taking care of the USA, or South Korea or any other country at the expense of our own people.  Andrea!!!  Show us that you care!  Show us that you’re “fed up” too!  Show us that you are now prepared to “crawl out of” the Liberal “bed” it looks like you’ve “crawled into”!!  An acknowledgement of at least having received this e-mail would be appreciated!
John Foreman
Haldimand County