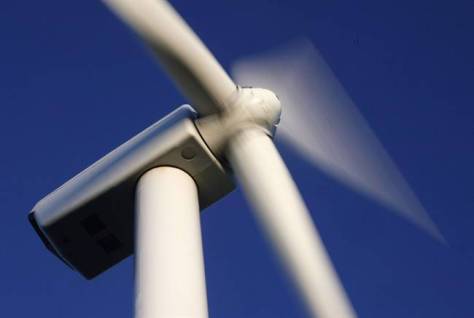 This whole wind turbine industry is so twisted. The Powers That Be seem to take a wait and see  approach but for the victims time is of the essence. When Bruce Pardy stated that our provincial leaders through enactment of legislature can have these contracts cancelled I wonder WHY this is not being done? When humans are being harmed and the environment is being damaged ( sometimes beyond repair ) should that in itself not be sufficient? What more is needed? A terrible wrong was committed when the Precautionary Principle was no longer enforced.

These folks in Chautauqua with wind projects in the horizon are at the point where we were in 2011 with the exception of their Health Board being more cautious and concerned. The one member had commented that there was a lack of scientific  evidence to prove that infrasound was harmful to people.  Not so !!!!!

I will contact Tom Erlandson who is president of the Health Board in the Chautauqua area and provide him with the link to the Mariana Elves Pereiera seminar in Solvenia. In Ms. Pereiera’s presentation she states that biopsy results from persons exposed to  infrasound show a thickening of the pericardium  ( the outer lining of the heart ) a condition which is irreversible and results in death. This should be seriously concerning to all  government  members and agencies that have turbines within  their jurisdictions.

Chautauqua area residents and health officials need to be aware of the risk of permanent destruction  to their underground water resources as well. Maybe these people can be spared the horrible financial, environmental and health consequences that we are experiencing daily here in Ontario.

Ruby you have worked so tirelessly on behalf of your community. I pray that it will result in the cancellation of the Nation Rise project. This needs to happen urgently. All of these people who are able to make this happen will be held accountable for not doing  the just thing. They have been provided with the scientific evidence and have no excuse for not protecting us instead of the Wind Industry. How can the province of Ontario be called great when this travesty exists?

You ask how I am doing? I struggle day to day.  My energy levels are at a minimum. The tinnitus is constant and the head pressure and dizziness affects my vision.  My heart beats out of rhythm and flutters sometimes with pain and I recall the thickening of  the pericardium  so how can I not be concerned about my health? I am encircled by  twenty five turbines within a five mile radius.  For safety reasons Ms Pereiera would not live within 20 KM of a turbine. The turbines were not operational for 2 days and the dizziness had abated somewhat but now they are back on.

My water seems to be clear with the costly installation of the Silt Blaster which requires constant rock salts. Bathing in so much salt water irritates my skin. My drilled well water has not been restored to it’s original state.

I have been sleeping in my unfinished basement for five months. When I am able to fall asleep I am awakened by the noisy furnace start up. Premier Ford mentioned that his mom had Hallway Hospital Care and he found that unacceptable. It makes me wonder how he would feel if his mom were sleeping in the basement to try and remove herself from the infrasound that is assaulting  every single cell and organ in her body. WE ARE BEING HARMED 24/7

I may have to get a mortgage and purchase another property and move away for the sake of my health. My life has become so stressful.

Thank you for asking about me.