High winds raced bucking and veering across Ontario and lead to high wind warnings.   A wind turbine blade failure was reported in Huron County.  The trailing edge of the turbine blade was  seen detaching itself when the alert was raised.  The wind project was built in 2002 consisting of 5 Vestas V80.

The failure happened during high winds experienced on May 4, 2018.  Local wind speed monitor at the location (about 10 km west of the failure site) showed a maximum of 27 m/sec at 7 metres elevation.

Adjacent roadway to the turbine was reported as closed. It was not clear if any pieces of the blade were on ground at the time the photos below were taken.

Note the failure of the turbine blade as the edge becomes detached in the following photos. 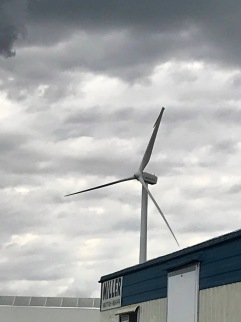 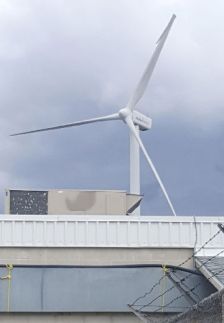 One thought on “Wind Warning & Broken Blade in Ontario”