A Victim’s Voice of the Niagara Region Wind Farm 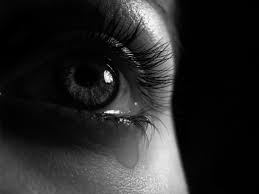 March 15, 2018
Today is day number 4 that the NRWF project which became operational on November 1, 2016 has been shut down at the request of Hydro One for work at their substation in Hamilton.

This has given me an excellent  opportunity to assess the gradual symptoms or lack thereof that I have been experiencing.

I had waded into the  pool of depression gradually without identifying it as such.  There were frequent days when I did not have to put my P J’s on because I was still in them in the evening. I vaguely recognized the person staring back at me in the mirror. I had no interest in my appearance nor my attire. I no longer wanted to play cards with the seniors and  enjoy their camaraderie and competitiveness.

My head ached from internal pressure. I couldn’t focus on simple math. It was too challenging.  Some days I  abandoned reading articles. I wasn’t able to focus nor concentrate on them where before I relished reading them especially wind turbine related ones since I live in the epicentre of the turbines in our community.

Delayed Perception. Now that is an interesting term. Have you ever driven in the evening at night and seen what appeared to be huge red taillights ahead of you?

I wondered  why the red taillights I was seeing  were  so large only to discover moments later that they were the red traffic lights at the next intersection. This should have been an automatic observation. I am  having moments of delayed perception in other instances as well. I found myself making silly mistakes and then wondering why I had done that. I am struggling through the brain fog.

I have a frequent companion named Dizziness. Some days are worse than others. I now always hit the pause button before I take the first step from a rising position and I am especially careful in rising from a prone position. This dizziness I first began to experience last summer.

On day number 3 of the shut down of the project I noticed that my depression had lifted. I felt energetic and did some household chores which had been neglected for quite some  time. I did not have the energy nor the motivation to do them before.

I had a feeling of  enthusiasm  and normalcy that had become a stranger to me in the past months.

The brain fog has lifted and I am able to concentrate at the moment. The dizziness has  abated and I do not have to hit the pause button before rising.

Some verbs I’ve used in the past tense knowing full well that all the symptoms will revisit me once again when the project becomes operational  again.

It is my wish that relating my experiences will perhaps help someone else identify their symptoms if they are living amidst turbines but not making the connection. Symptoms will vary from person to person and the listing of health impacts is more comprehensive so please do the research if you suspect that your symptoms could be turbine related.

9 thoughts on “LIFE AMIDST THE TURBINES”