~What happens when decisions concerning build out of electricity generation infrastructure has already been decided and public consultation done just for show?

~What happens when new extensions of the grid appear linked to facilitate the rapid and contested build of industrial wind turbines while ignoring cumulative environmental impacts?

Members of the RTS Substation Action Group in Ireland  are taking action to protect their communities and have exposed the involvement of  EirGrid.  A huge substation is planned capable of accepting multiple wind facilities to the Irish electrical grid.   A substation that if built could impact clean drinking water for well over 8 000. 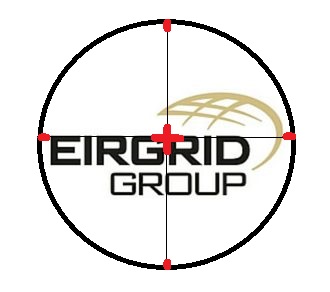 Ratheniska residents are claiming that they have exposed Eirgrid’s litany of failures and systematic corporate sharp practice.

The Ratheniska, Timahoe, Spink (RTS) Action Group, when briefing Minister Denis Naughten, made a number of extremely serious allegations, which they backed up with a dossier of painstakingly accumulated evidence: 20170118 – Presentation to Ministers-For Issue

Aside from the long standing issues of site unsuitability, water source destruction and planning process corruption, the RTS Action Group claimed to have unearthed very serious transgressions by Eirgrid’s board of the code of practice for semi state bodies.

The evidence indicated that EirGrid had created “a short cut on the board“.  RTS Action Group explained that four members on the EirGrid Board had formed a “sub-board” and were “filtering information going to the board where they are now rubber stamping projects and funding on the basis of recommendation by this four member sub – board.”

If these allegations prove to be true, and the RTS Action Group are adamant that they are, then this constitutes an extremely serious breach of the code of practice, which should lead to a mass resignation of the EirGrid Board of Directors.

In a statement released after the meeting with the Minister, the RTS Group said:

“The RTS Group believe that Minister Naughten, who was accompanied to meet the delegation by his Cabinet colleague and local TD, Charlie Flanagan, had his eyes opened and was astonished by the import, nature, scope, scale and seriousness of the information being placed before him, for the first time.

This meeting arose from a promise made last June in the Dáil by Minister Naughten to visit the site of Eirgrid’s “unauthorised development” and the community who alerted the authorities to Eirgrid’s illegal building activities.

Our greatest concern is that the construction of Eirgrid’s unnecessary energy hub project will destroy and pollute the very necessary and only source of clean water for not just this community but for 8,000 Laois people. All of the evidence of how Eirgrid have conducted themselves up to now points to this eventuality, and we just can’t allow that to happen.
The political fallout from this semi-state operating with such a cavalier attitude to planning law, sustainable development, professional best practice, and corporate responsibility was that all three local TD’s and all Laois County Councillors were unanimous in calling for Eirgrid to cease the development.

We set out some of the evidence for the Ministers as to how Eirgrid have been deliberately deceiving us, the planning authorities, the other arms of state, and even the Dáil from the very outset of this ill-conceived project. This is not due to a few mistakes, or a few individuals making errors, but systematic deception through every phase of this development from its inception to illegal commencement. This evidence has been collected through in depth research and forensic examination. The community could not rely on what Eirgrid were telling us in the public domain throughout their sham consultation process. This damning dossier has been given to Minister Naughten, who as line Minister is ultimately responsible for Eirgrid, their conduct and corporate transparency and accountability.

The buck stops with him. He is now in full knowledge of the scale and scope of Eirgrid’s deception and disgraceful behaviour, we expect the Minister to reel Eirgrid in, to finally make them accountable for their actions on site and in their boardroom. He must move to scrap the project. On foot of today’s new revelations it is incumbent on the Minster to act, act promptly and decisively”.

The last word goes to the current Minister of Justice, who made the following statement after being briefed by the RTS Group:

“There has been a clear breach of law. The breach is sufficiently serious to abandon the project. I don’t believe there is any way back for EirGrid. They should pack up their machinery and should not come back.”

Source: The Law is My Oyster

View this document on Scribd