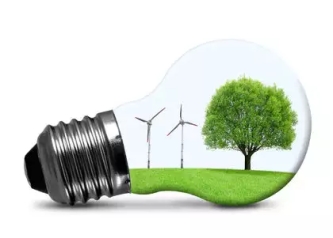 By:  Catherine Mitchell-
A Concerned Citizen

Opinions expressed are of the author

In times of greatest need it is always wise to know whom you can call on. The same applies to the electricity system and it is rather telling what was produced by each generator type in our hour of greatest need. The ‘Peak Demand’ for electricity in 2017 in Ontario occurred on September 25, 2017 at 5:00 PM.

Ontario can produce power from nuclear, natural gas, hydro, wind, solar and biofuel energy generators and the Independent Electricity System Operator (IESO) is responsible for the management of the resources in the system. The following chart looks at production from each fuel type during the peak demand at 5:00 PM Sept 25, 2017 to determine the adequacy of resources to meet the demand.

IESO  report – 18 Month Outlook: An Assessment of the Reliability and Operability of the Ontario Electricity System from October 2017 to March 2019:   http://www.ieso.ca/en/sector-participants/planning-and-forecasting/18-month-outlook       Page 17 -Table 4.1 provides (A) total installed capacity and the (B) forecast capability @ outlook peak.

To keep the lights on, refrigerators running and industry rolling in our hour of greatest need on September 25, 2017 at 5:00 PM we needed 21,786 MW of power. The Ontario power generators produced 20,345 MW of power and we imported 1,441 MW from Manitoba and Quebec. (It seems like natural gas generators could have been ramped up an additional 1,500 MW per hour without exceeding the IESO forecast capability at peak, but we imported power instead.)

Nuclear, one of the baseload generators for Ontario, did most of the heavy lifting and came through producing 9690 MW of power or 48% of the power produced in Ontario. This is higher than the average yearly production of 7548 MW/hr but less than the maximum capability of the nuclear plants.

Hydro – our baseload renewable energy source – produced 5135 MW of power from a potential of 5786 MW. So we were using 89% of the potential production from our cleanest, greenest, cheapest energy source. The average hourly demand from hydro is 3207 MW/hr and generally we spill water over the dams and waste that renewable energy resource. But in our hour of greatest need hydro provided 25% of the power produced in Ontario.

Natural gas, another baseload power generator that can be quickly ramped up or down, provided 5268 MW of power in our hour of greatest need. Natural gas is definitely our BFF (best friend forever). According to the IESO gas plants are capable of producing 8,371 MW of power each hour, yet on average the natural gas plants produce 417 MW of power each hour. From January – August 2017 the gas plants operated at 4.9 % of their potential!! This means that they are being underutilized and sit idle the majority of the time. But on September 25 at 5:00 PM the gas plants provided 26% of the power produced in Ontario.

And then we get to the contribution of the energy of the future – wind and solar!

To understand the limits of wind power, the late Glenn R. Schleede, formerly Vice President of New England Electric System, Executive Associate Director of the U.S. Office of Management and Budget, Senior VP of the National Coal Association in Washington and Associate Director (Energy and Science) of the White House Domestic Council says it best: “Wind turbines have little or no ‘capacity value’ because they are unlikely to be producing electricity at the time of peak electricity demand. Therefore, wind turbines cannot substitute for conventional generating capacity responsible for providing reliable electricity to customers.”

According to Schleede, the true capacity value of a wind turbine or ‘wind farm’ is generally less than 10% of nameplate capacity and often 0% or slightly above — simply because, at the time of peak electricity demand, the wind isn’t blowing at a speed that will permit the turbine to produce any or much electricity. Claims of wind turbine capacity value have been exaggerated by wind industry officials and lobbyists, and by regulatory agencies. As we are finding out in Ontario – industrial wind turbines generate a minimal amount of electricity.

Wind and solar are both intermittent so we can not ramp them up or even depend on them for power because they only produce power when the wind is blowing or the sun is shining.

Wind and solar certainly let us down in our hour of greatest need!

3 thoughts on “Our Hour of Greatest Need”