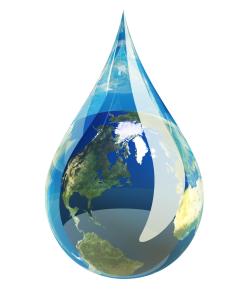 Regarding the Courier Press story, Otter Creek says there’s no proof that wind turbines are responsible for dirty water.

The headline of that story captures the essence of what’s wrong with Ontario’s Green Energy Act. Rather than providing proof that their turbines won’t harm well water, the developers are quite content with casting doubt about harm because they know the government will approve their project if they can create the slightest hint of doubt… the precautionary principle be damned.

This is perhaps the biggest flaw in the Green Energy Act that wind developers are only too happy to exploit — the burden of proof for proving harm rests with the individual residents.

This is an impossible barrier for individuals with limited resources. The onus rightfully belongs on the Otter Creek developers to prove their turbines will not cause harm to the wells, rather than engage a consultant to review another consultant’s report, which in turn was based on other reports from other consultants; none of whom have bothered to actually test the water in the Dover wells.

This statement by Otter Creek project manager Marc Weatherill is one example of wind developers attitude towards local residents when he stated: “A lot of the claims have been based on anecdotal evidence or experience.”

The “experience” of residents in Dover, after nearby turbines have been installed, has been turbid well water that reeks of hydrocarbons. Their experience has been that they must buy bottled water for drinking and cooking, and some make regular trips to laundromats to wash their clothing.

Their experience has been that their horses would rather drink water at roadside ditches instead of the well water.

Their experience has been that the filters provided to some have not been effective in providing them with clean water.

Perhaps Mr. Weatherill should visit some of the well owners in Dover and taste their water before he dismisses their claims as merely “anecdotal” and not worthy of further investigation.

Mr. Weatherill also claims that if the Water Wells First group provided scientific data that proves their claims, they would be grateful and happily review the information and details.

Seriously, he wants the residents to do his work for him.

Otter Creek’s selected turbine model, the Enercon 141, with a nominal output of 4.2 MW, will be the largest deployed in Ontario with a nacelle height of 129 metres and a rotor diameter of 141 meters.  There’s enormous potential for vibration, and yet Adam Rosso, project development director for Boralex, said there are no plans on doing baseline testing on water wells in and around the Otter Creek Wind Farm area. And Mr. Weatherill added: “If that’s something that is required of us then we will, but as of right now we don’t have any plans to do that.”

I would point out that the Otter Creek developers hope to vacuum about $218 million directly out of the ratepayers’ pockets over the 20-year life of the contract. Since the Minister of Energy has acknowledged that Ontario has a “robust supply” of generating capacity for the next decade, we will pay the Otter Creek owners about $100 million over the next 10 years in exchange for exactly zero net benefit. The cost of baseline and ongoing water testing pales in comparison to the potential profit.

Confirming “there’s no proof that wind turbines are responsible for dirty water” is as simple as installing an in-line turbidity meter and data logger at several wells in key locations before construction and continuing past start-up. This would confirm the water quality throughout the entire process. If there was an increase in turbidity, the data logger would be able to pinpoint the exact time it occurred, which could then be compared with any activity such as pile driving for turbine bases or when the turbines are operating. If there’s no change in the water turbidity, it would be definitive proof that the turbines are not causing any problems with the wells.

This so obvious, that refusing to perform such simple and low-cost testing would result in the public perception that the developers are engaging in willful blindness, perhaps out of fear of the results.

One thought on “Prove Your Wind Turbines are Safe”