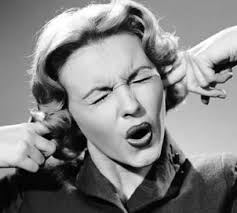 The link to the posting on The Law is My Oyster seems to be broken- so we have copied and pasted the posting.

The tort of Nuisance – basic principles

The law of (private) nuisance has been around for a long time but it has always been a poor neighbour to the more commonly litigated torts of negligence and trespass.

In a nutshell, a nuisance is “any continuous activity or state of affairs causing a substantial and unreasonable interference with a [claimant’s] land or his use or enjoyment of that land”(Bamford v Turnley [1860] 3 B&S 62).  Private nuisance is a tort or civil wrong, unlike public nuisance, which is a crime.

Something that farmers leasing their land to wind farms might not know is that a landlord can be liable where the lease is granted for a purpose which constitutes a nuisance, as in Tetley v Chitty [1986] 1 All ER 663.

For there to be a claim in private nuisance, the claimant must show that the defendant’s actions caused damage. This can be physical damage, or discomfort and inconvenience. The test for remoteness of damage in nuisance is reasonable foreseeability. In other words, was it foreseeable that a wind turbine will cause discomfort and inconvenience to nearby dwellings?  The test is an objective one: was the nuisance reasonably foreseeable? If it was, the defendant is expected to avoid it.

It is impossible to specifically define what is or what is not unreasonable but factors that are taken into account include the nature of the locality where the nuisance took place, the time and duration of the interference and the conduct of the defendant.

The plaintiff must show that the defendant’s actions have caused an interference with their use or enjoyment of their land or home/property. These interferences are indirect, and almost always the result of continuing events rather than a one-off incident. The courts have allowed cases where the interference causes emotional distress, like continuous noise / infrasound for example.

The granting of planning permission does not constitute immunity from a claim in nuisance.

It was with considerable interest then that we waited for the outcome of the action in nuisance brought by the seven families from Cork who were impacted by noise pollution from a nearby Enercon wind farm. A number of the families had to abandon their homes because of the severity of the noise and some lived up to a full kilometre from the wind farm.

A judgment against the wind farm would have constituted a powerful precedent to be used against the wind industry given the multitude of examples of Irish families living in misery due to unwelcome turbine neighbours. It was for that reason that the defendant settled the matter (probably at the instance of, and financial assistance from, IWEA). Although settlements are always better for the parties concerned as it avoids the huge emotional and financial cost of litigation, it does mean that we do not have that precedent in Irish law (although there are a number of foreign precedents – see https://the-law-is-my-oyster.com/2014/11/16/are-windfarms-torture-farms/).

Although the defendant wind farm admitted liability (nuisance-order-dec-2016) the wind industry will seek to minimise this by arguing that this was a “one-off” situation for any fallacious reason that they can think of: “the unique terrain; the extraordinary sensitivity of the plaintiffs; etc etc.” Expect a carefully worded press release soon in your nearest rag.

There is still one more opportunity to achieve a damning precedent though. The case is listed for ten days in the High Court commencing 25th April 2017 to deal with damages and costs. If the High Court was to make a massive award of damages (i.e. in the millions of euros) that would send a very strong message to the wind industry that Ireland is simply not suitable to build wind farms, due to the scattered population leaving very little wide open spaces, and in they insist on building them next to people’s homes, they must be prepared to pay a lot of money, which is what the wind industry is all about anyway – money. Don’t believe all the “green” rhetoric – if you hit them hard in the pocket, they will leave, our subsidies notwithstanding.

It is for that reason that there will very likely be a financial settlement. Good news for the family involved – they can avoid the ten days of litigation and get on with their lives. Bad news for the Irish rural population, as again there will be no precedent and it is guaranteed that the settlement will come with a gag order that will prohibit any of the families disclosing the details of the financial settlement. One would almost pray for a wealthy benefactor to compensate the families up front so that the ten days’ litigation could continue (assuming that the notoriously conservative High Court would hand down a decent damages award in the millions). Any friendly millionaires out there willing to step up to the plate?