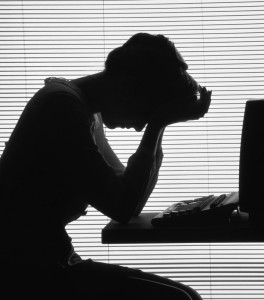 Testimony sent to Friends Against Wind on May 23, 2016

“Badgers suffer from stress caused by wind turbines. Yes. Humans do, too.”

I contacted Powys Environmental Health department twice in January 2015 and followed it up with a tracer letter in May. I had two concerns:

On his request, I called the local Environmental Health Officer, Dan Stykuc, on 23rd September 2015. He said that since it is not a “noise” I am experiencing, it has got nothing to do with him or his department. He asked if I have contacted Public Health Wales, my GP or audiologist.

17th September, 2015 was a memorably disturbed night. The blades were going around, woke me up at 02:30 and kept me awake until after 05:30. In the end I escaped by car, parked it in the middle of town (4.5 miles away) and rested for 3 hours. After that, I spent a long week-end in a wind turbine free area just to get some sleep.

The non-audible “sound” is not much of a “sound” as in music, traffic or an alarm clock. It is more of a super-low murmuring restricting band over my ears; like a colander over my head that somebody is tightening on.

The discomfort, headaches and imbalance are not continuous but appear in waves. I wake up to it most nights when the turbine is switched on and keep me awake during the hours when “deep sleep” would normally take place.

One of the GPs was so concerned about our disturbed sleep that he visited our home and its environs. He agreed that it is not a noise audible to human ear but something “uncomfortable”’ in the garden (the blades were rotating very lazily at the time). He also remarked on the possible sound waves, like a radiation, which might be the cause of this.

Another turbine on the opposite side of the valley, fully visible from anywhere in the front of the house, triggered my sister’s epileptic fits on 20th August 2012. On her return home, she attended her local Clinic, lost her drivers’ licence, her gun licence, her home, and her dog (which she had to kill off). There was no shine observable from this distance, just the rotation.

The shiny Dugwm Farm turbine became operational in January 2015. Because of its position dead-on skyline (against Powys Council guidelines) and in the beginning of a valley, nobody can get to our front door without seeing it. Consequently, my sister can never visit us again.

A grand-daughter (age 2 at the time) visited on 26th October 2015. She got cranky, restless and wiped over her ears. She was awake between 02:00 and 04:00 (she has never suffered from interrupted sleep, not ever, not anywhere else). Her parents are not aware about my symptoms.

I have contacted my council, all departments I can possibly think of contacting. I have had my health checked and declared (reasonably) sane.

On the grounds that even those of us living near a wind turbine have got a right to enjoy family life, home life and peaceful sleep, my next step will be Liberty. Bargers cannot do this.

One thought on “Wind Turbine Stress”