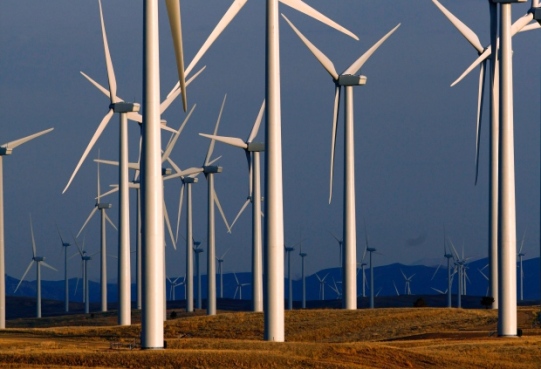 About 80 per cent of energy generated by wind turbines in Ontario gets sold ‘at a massive loss’ to the U.S., a University of Guelph professor said. (Matt Young/Associated Press)

There’s not much point in investing in heavy blankets and wool sweaters to tame your hydro bill, because in Ontario, no matter how much electricity you conserve you’ll still end up paying higher rates.

Why? Well, you have the provincial government, and its push for more green energy, to thank.

A balmy winter created a shortfall for the province’s electrical utilities, something the Ontario Energy Board will bridge with a rate hike on May 1 — a response to our collective conservation effort that’s likely to happen again, critics say.

While it may seem counterintuitive to pay more in order to use less, Brady Yauch, the executive director of the Consumer Policy Institute, says the province promised high rates to several sustainable energy providers following the Green Air Act in 2009.

Those rates contribute to the electricity industry’s fixed costs — and that means those costs stay steady regardless of how much energy people are using.

“This is the wacky world of Ontario electricity policy,” Yauch told CBC’s Metro Morning. “This province has overbuilt the electricity sector significantly and it has to pass on those costs.”

For the average household bill, the latest rate hike translates into a jump of $3 a month, according to the Ontario Energy Board’s figures — or roughly 2.5 per cent for homes that use 750 kilowatt hours each month.

Utilities have some leeway if rate increases are connected to a drop in energy consumption, Yauch said, largely because they’re operating in a framework that was first set up by provincial legislation……