Ontario Canada’s push to wind power is under fire as controversial, environment-damaging projects are approved. 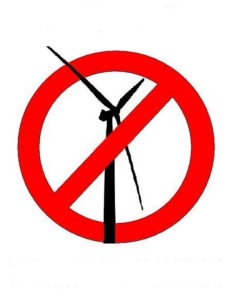 TORONTO, ONTARIO, CANADA, September 2, 2015 /EINPresswire.com/ — Ontario’s stance as an environmental activist province in Canada and would-be leader in climate change action is taking a beating after the government approved two controversial wind power projects, and continues to fight environmental groups and citizens on a third.
Last week, the Ontario Ministry of the Environment and Climate Change approved a 75-megawatt power project on tiny Amherst Island in Lake Ontario. The island is home to several species of wildlife declared endangered or at-risk by the same government, and is also a resting place for migrating birds. The birds attract eco-tourists from all over the world.
The threat of the wind power project to the heritage environment is so great that Heritage Canada’s National Trust named the island one of Canada’s Top Ten Endangered Places.
“There are some places where wind power projects shouldn’t go,” says Michele LeLay, spokesperson for the community group the Association to Protect Amherst Island. “This is one of them.”
Also on Lake Ontario, is Prince Edward County where the province recently approved another large wind power generation project for the South Shore. The environmental danger is undeniable, says Cheryl Anderson, of the Prince Edward County Field Naturalists: “Data gathered over 20 years confirms the South Shore is a major migratory pathway for an astonishing diversity and abundance of birds. This unique blend of ecosystems supports numerous varieties of rare plants, eight species of at-risk turtles, Monarch butterflies and many amphibian species. Because of its unique biodiversity, the value of Prince Edward County’s South Shore is unparalleled as an ecotourism venue.”