Leading doctors have called on the Government to reduce the noise levels of wind turbines — which they claim are four times that recommended by World Health Organisation (WHO) guidelines. 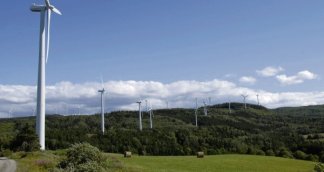 The Irish Doctors’ Environmental Association also said the set-back distance of 500m is not enough, that it should be increased to at least 1,500m.

Environment Minister Alan Kelly is currently reviewing the wind energy planning guidelines and the group is calling for both issues to be examined closely in the interest of public health.

The association has called for the introduction of a maximum noise level of 30 decibels as recommended by the WHO and for the set-back distance from inhabited houses to at least 1,500m from the current 500m.

Prof Evans said the construction of wind turbines in Ireland “is being sanctioned too close to human habitation”.

“Because of its impulsive, intrusive, and sometimes incessant nature, the noise generated by wind turbines is particularly likely to disturb sleep,” he said.

One thought on “Doctors call for reductionin turbine noise”