We need a public inquiry into this scam, and the sooner, the better!

When placed under public scrutiny and when research by honest people dig deep inside what has become a “complete disaster”, our own Electrical Sector, a very disturbing picture starts to develop.

The Green Energy sector in Ontario will make the Gas Plant Scandal look like “child’s play” when and if there is ever a “public accounting of the mismanagement and virtual destruction of our electrical supply”.

Here are some very serious revelations as to who is actually pilfering massive amounts of money out of Ontario electrical consumers pockets!

Behind the Green Door, or, a union and the Ontario government–strange bedfellows? 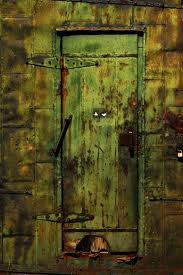 The Ottawa Citizen recently reported on the Association of Municipalities of Ontario (AMO) meetings in Ottawa August 18-23 and in particular the fact that 62 municipalities had declared themselves “unwilling hosts” to industrial wind turbines.
Those 62 communities (now 65) were simply taking Premier Wynne at her word based…